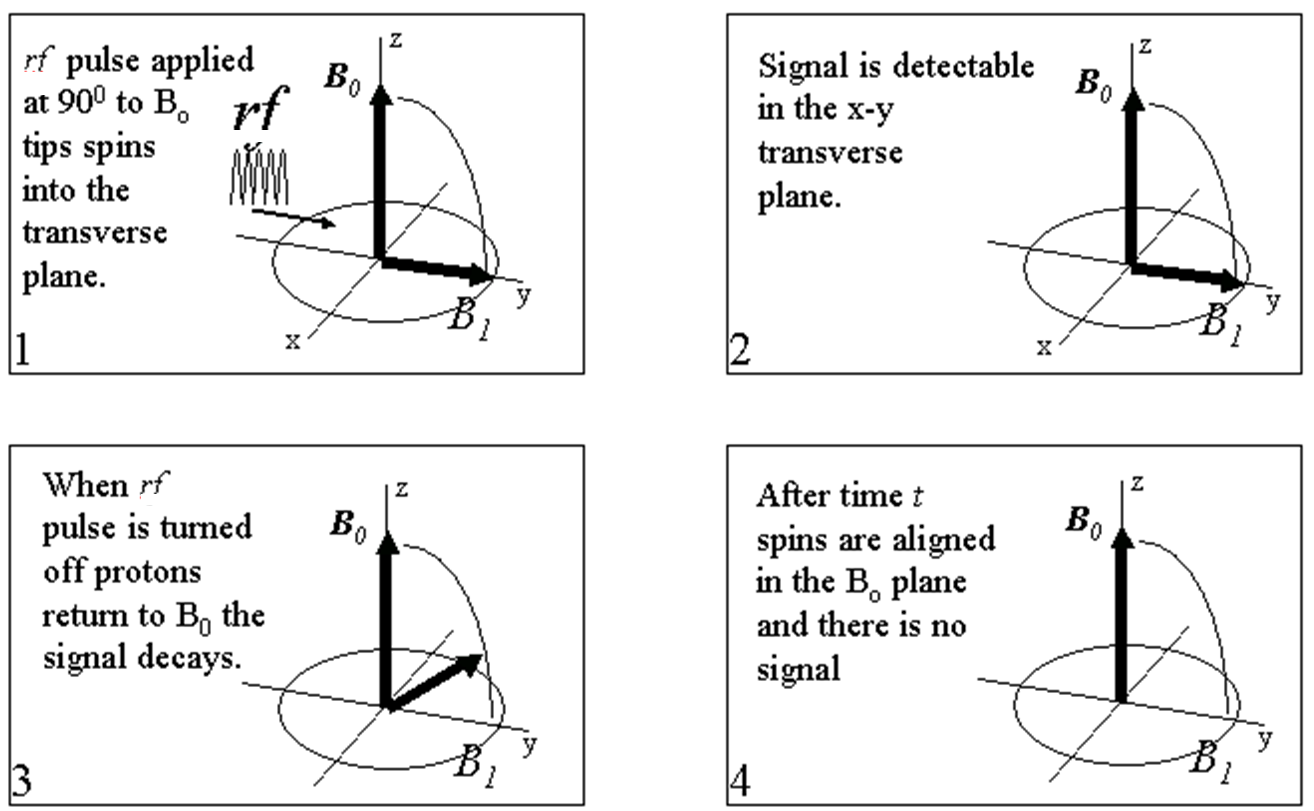 The basic physical principle of NMR measurement relies on the fact that the molecular behaviour of certain materials can be affected by the action of a magnetic field. Just as a bar magnet can be aligned to a magnetic field, it is possible to align certain nuclei in a magnetic field.

These nuclei have two important properties:

NMR is of interest to the petrophysicist because the behaviour of the nuclear spins is related to:

In an applied magnetic field, the protons precess with an angular frequency called the Larmor frequency (f0) which is determined by the strength of the magnetic field (B0) and the gyro-magnetic ratio (γ).

By tuning the rf (radio frequency) of the NMR instrument to the Larmor frequency, the signal from hydrogen can be maximised.

In fact, the protons align themselves both parallel and anti-parallel to the magnetic field (3).  This actually reflects protons in two different energy states.  The Boltzmann statistic predicts that, at room temperature, the number of spins in the lower energy level, N+, slightly outnumbers the number in the upper level, N- (i.e. slightly more aligned in one direction than the other):

From above we can be seen that proton spins cannot be detected by simply aligning them in the B0 magnetic field.  To enable their detection, proton spins must be perturbed so that they are tipped out of the B0field.  This spin tipping is achieved by disturbing the equilibrium of the aligned protons by applying another magnetic field, B1, normal to the B0 field.

This is achieved by applying an rf pulse tuned to the Larmor frequency at an angle of 900 to the direction of B0 (1). The applied B1 field is used to tip the proton spins through 900 and, as the B1 field is generated by an rf pulse, it can be turned on and off, and the transition of the spins between the B0 and B1 field can be detected (2).

Spin tipping can be considered to be a four stage process:

To discuss NMR technique with us in details kindly send us a note on support@oilfieldknowledge.com