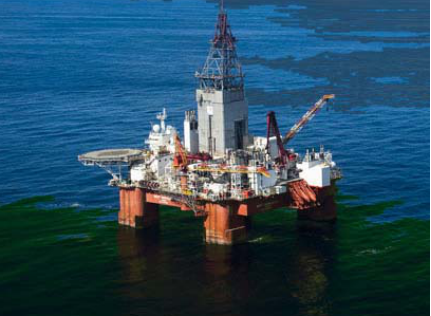 A major announcement has been made by the Lundin Petroleum about oil and gas discovery in the well 7219/12-1. Currently, they are drilling a sidetrack well 7219/12-1A on the Filicudi prospect. Positioned in PL533, which is around 40 km southwest of Johan Castberg and 30 km northwest of the Alta Gohta, these wells are certainly great discoveries on the Loppa high situated in the southern Barents Sea. These wells will prove the existence of oil in Jurassic and Triassic sandstone reservoirs.

The well has 129 meters of gross pay, featuring top quality clastic reservoir containing  63 meters of oil and 66 meters of gas in the Jurassic and Triassic age reservoirs. There is huge amount of data acquisition  has been carried out such as logging ,coring and sampling using wireline tools.

The sidetrack well has reached TD and made significant confirmation regarding the reservoir and hydrocarbon column. The gross resource estimate for the Filicudi discovery exists somewhere between 35 and 100 MMboe. According to the Well results, there is major upside potential and needs further appraisal drilling.

This year they are planning to drill up to two additional prospects. Within PL533, there are primarily two independent high graded prospects. One is Hufsa which comprise of prospective gross total  resource potential of 285 MMboe, whereas another is Hurri with prospective gross total  resource potential of 218 MMboe. With the success at Filicudi, there is considerable reduction in risk, as both the prospects are carrying approximately 25% chance to be successful.

After completion of the well on the Filicudi prospect in PL533, the semi-submersible drilling rig Leiv Eiriksson will be transferred to the Gohta discovery in PL492 to perform drilling of a second delineation well on this discovery. Both PL492 and PL533 are being operated by Lundin Norway ,company is having 40% and 35% working interest in their respective licenses.