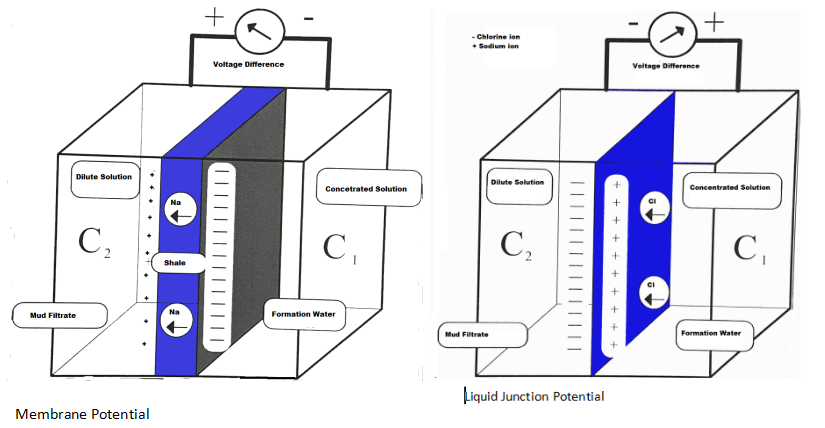 As SP is measured by changes in voltage measured between downhole electrode relative to ground surface.SP does not have any specified origin value,An shale baseline is established by interpreter in nearby 100% shale zone  and measurements are referenced to that shale base line.Unit of SP is milli volts (mv). There is no separate tool for SP measurement,it is usually an passive measurement run with old resistivity tools or sidewall cores.

Primary application of SP logs are:-