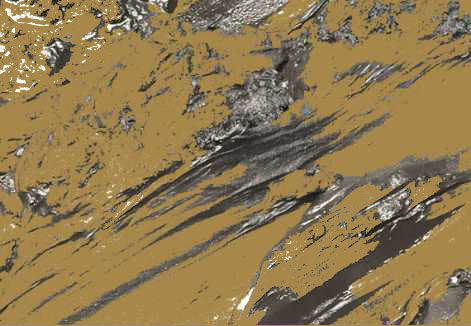 Water Base Mud (WBM) are generally less expensive and less difficult to maintain as compared to Oil Based Mud (OBM).Although WBM is less expensive but they sometime cause issues related to formation damage and borehole stability as water tend to invade the formation and change the mechanical properties of formation.In order to avoid this type of issues inhibited WBM can be used however it should be noted that inhibited WBM can minimize damaging effect of WBM to formation but it cannot completely prevent water wetting of pores of rock.

Base fluid in WBM is water,WBM also contains clay and other chemicals to achieve appropriate viscosity and density. Clays and other chemicals are mixed up and sold to drilling companies as additives ,Most commonly used additive in WBM system is bentonite,it is also referred to as gel as when it is pumped ,it can be very thin and free flowing but once pumping stops it builds up a gel structure which resists flow.When again adequate force with pumping is applied,gel breaks down and it comes back to its free flowing state. Barite is also used in mud to increase density of mud if needed.Other many more chemicals are use depending upon purpose like:- Cooling and lubricating the drill string,Enhanced Rate of penetration,achieving required viscosity and well bore stability.

Water-based muds are characterised as dispersed and non-dispersed  muds:-

Dispersed WBM  can be further divided into two categories  as  calcium-based and seawater  based muds.